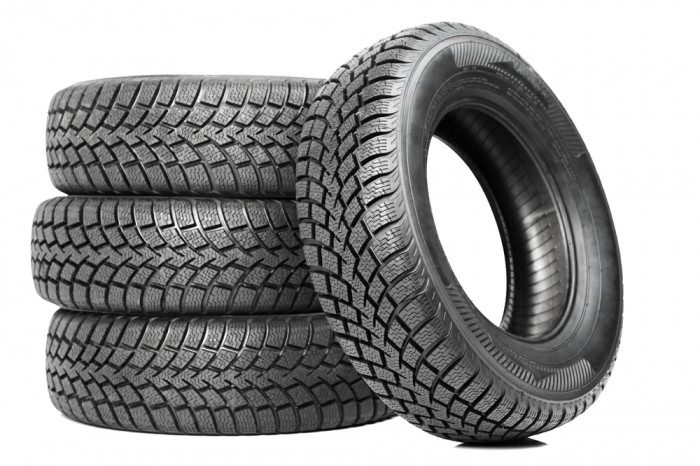 Chemicals used to make car tires, acetone, and a compound used in petroleum refining? This trifecta—plus a laundry list of numerous other concerning chemicals—are what was found when an independent lab tested four feminine care products for their ingredients.

The results of the testing indicate that both scented and unscented Always pads emit toxic chemicals, including chemicals identified by the U.S. Department of Health and Human Services National Toxicology Program, the Agency for Toxic Substances and Disease Registry, and the State of California Environmental Protection Agency as carcinogens, and reproductive and developmental toxins.

None of these chemicals are disclosed on the product by the manufacturer.

Procter & Gamble does not disclose the identity of the materials used to manufacture its menstrual pads. Thus, it remains unclear which components of the pad may be the source of the volatile toxic emissions. The testing results demonstrate the need for more testing of these products to better characterize the chemical exposures and to better understand the potential health impacts of those exposures.

Analysis of the samples for volatile organic compounds was conducted by gas chromatography/mass spectrometry with EPA Method TO-15 using headspace containers.

The Always menstrual pads were found to contain several chemicals of concern, including the following:

Volatile Organic Compounds Detected in the Headspace of Menstrual Pads 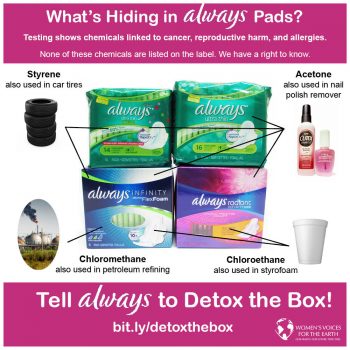