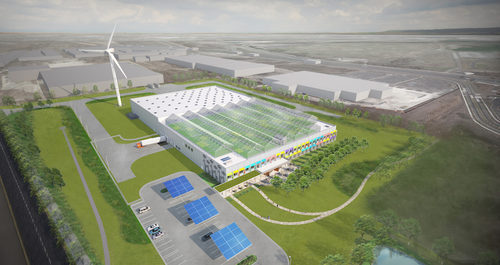 Green cleaning products pioneer Method is about to make a bold move on the LEED landscape.

The company has revealed its plans to build the country’s second LEED factory (Volkswagen has a LEED factory in Tennessee). The state-of-the-art facility will be built next year in Chicago’s historic Pullman district (where Pullman railroad cars were built).

Method’s 150,000-square-foot facility, which will produce its green cleaning products, will be located on five acres of a 22-acre site that’s part of the 175-acre Pullman area. This district is in the midst of a decade-long renovation that will result in a residential neighborhood with homes, retail, a neighborhood recreation center, and a park. The fact that a green factory will be located next to a residential area is a testament to the clean nature of LEED facilities. “We have images of factories as gritty buildings with smokestacks—that no families would want in or near their neighborhoods. This will be a clean factory. The energy will be clean. The production will be clean,” says William McDonough of William McDonough + Partners, which was hired to design the factory. “Entrepreneurial companies like Method are modeling a new, clean industrial model for our country.”

Method, which is owned by Belgium-based Ecover (the world’s largest green cleaner manufacturer), will employ several unique green features at its factory, including a green roof that will provide food for the community, solar PV “trees” that will shade the parking lot, and solar thermal panels that will provide hot water for factory processes. Renewable energy, including that from a refurbished wind turbine, will provide half its electricity. In addition, building materials will be Cradle-to-Cradle certified (as part of the latest version of LEED). 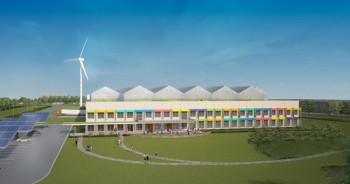