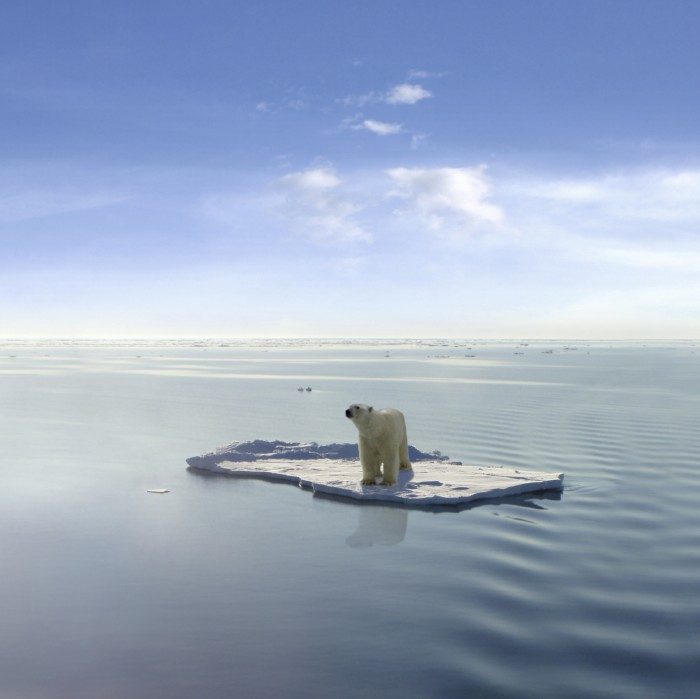 Need any more reasons to ditch those global-warming habits (including everything from using an abundance of paper products to burning your fair share of fossil fuels)? Released this week, the third installment of the latest big report from the U.N. Intergovernmental Panel on Climate Change revealed the staggering amount of greenhouse gases we’ve been pumping into the atmosphere. The report also paints a dire picture of what will happen to the planet unless serious emissions-reducing changes are made—immediately.

According to the report, by the year 2100, the earth’s surface temperatures will be 3.7 to 4.8 degrees C (6.7 to 8.7 F) warmer than those recorded prior to the Industrial Revolution. This frightening projection assumes that the people of Planet Earth keep on burning fossil fuels s they currently do today. This continuation of the problem will increase carbon dioxide levels in the atmosphere to a range between 750 and 1,300 parts per million by 2100. While many scientists and activists have urged us to keep CO2 levels at 350ppm, current levels are at 400ppm.

How did we come to this place? According to the report, “Globally, economic and population growth continue to be the most important drivers of increases in CO2 emissions from fossil fuel combustion. The contribution of population growth between 2000 and 2010 remained roughly identical to the previous three decades, while the contribution of economic growth has risen sharply … Between 2000 and 2010, both drivers outpaced emission reductions from improvements in energy intensity. Increased use of coal relative to other energy sources has reversed the long-standing trend of gradual decarbonization of the world’s energy supply.”

The scientists who collaborated on the report say that to keep warming within a more tolerable 2 degrees, we’d have to make “substantial cuts” in greenhouse gas emissions by 2050 through large-scale changes in our energy systems, changes to how we use land, and how we protect CO2-reducing forests. The report also notes that by 2050, we’d need to realize a massive reduction in the pollution pumped into the atmosphere—as much as 40 to 70 percent less than what was recorded in 2010. And by 2100, we’d need to stop polluting the atmosphere entirely.

Doable? The report notes that achieving these seemingly impossible (but utterly crucial) reductions in greenhouse gas pollution will require nothing short of an international agreement. In the meantime, each person can aim to do their part by greening their lifestyle as much as possible.