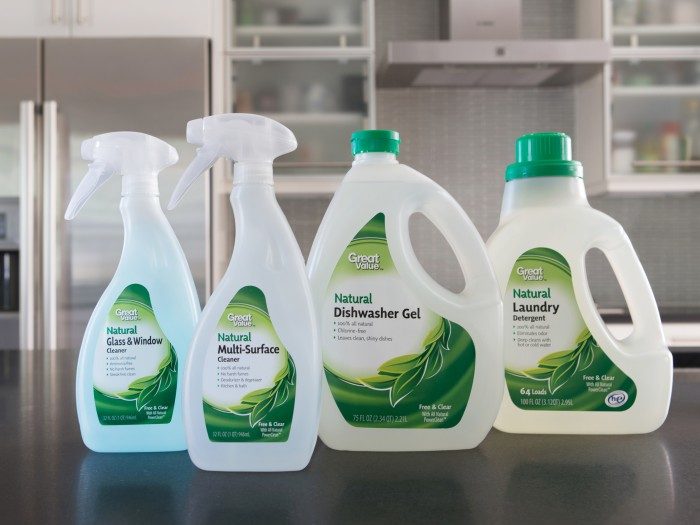 Making a national impact on the green cleaning front, Walmart recently announced the debut of its new Great Value Naturals line of green cleaners, which are now available in more than 2,000 Walmart stores across the U.S. This move signals a dramatic advance in all-natural cleaning, bringing a new chapter in “green cleaning” to consumers everywhere.

“At Walmart, we aspire to make our products more sustainable and the new line of Great Value Naturals allows us to provide green cleaners that are effective, affordable and good for the environment,” said Alberto Dominguez, vice president and divisional merchandise manager for Walmart, which has been known to make “green” a focus of doing business today.

According to Agaia, Evolve is the first 100-percent natural (made of plant-based and other natural ingredients), non-toxic, green cleaning technology capable of matching (and sometimes outperforming) chemical-based cleaners, detergents, degreasers, and disinfectants. The global company says the technology proactively captures and helps to quickly break down soils, grease, grime and severe odors, without chemical fumes or residues—it is biodegradable and petroleum- and carcinogen-free. Agaia says Evolve is safe for people as well as pets—and safe on virtually any fabric or surface.

“Agaia looked past traditional solutions and developed a new model for green cleaning that we’re proud to offer to customers under the Great Value brand,” adds Dominguez, who notes that the new Great Value Naturals green cleaners were 18 months in the works.

“With the launch of Great Value Naturals, green cleaners are finally taking center stage. Our patented Evolve technology allowed us to create a line of household care products that deliver everything consumers want — safety, efficacy and affordability,” said Benjamin Shell, CEO of Agaia, makers of Evolve. “Customers will find that, in addition to being proven safe for people with multiple chemical sensitivities (MCS), they have remarkable cleaning, deodorizing and stain fighting power.”