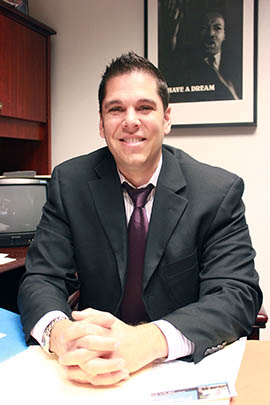 How green should schools be when it comes to cleaning?

According to Arizona State Senator Ed Ableser (D-Tempe), school cleaning could be a whole lot greener. In fact, Ableser recently introduced a bill that would require schools to use cleaning supplies that are considered eco-friendly, saying it would promote health among students.

“Schools are where our children are,” Ableser recently told Cronkite News. “We need to use green products to promote health.”

With this goal in mind, Ableser authored SB 1072, a bill that would require public school districts and charter schools to use “environmentally sensitive cleaning products” after depleting current stocks. The bill also states that if a school can’t afford to purchase green cleaning products, it would have to provide written documentation showing why they can’t.

Ableser’s bill reaches even higher than green cleaning into the green power realm—the current bill would require school districts, universities, community college districts, and state agencies to purchase at least 10 percent of their power from “green sources” by 2019. The far-reaching, eco-focused bill would also provide grants to conserve electricity and water in public buildings.

How feasible is it that this bill would come to pass? While there is some rising concern about the increase in childhood asthma rates—which many blame on the use of harsh cleaning chemicals in schools—there is a pushback from administrators who have concerns about both increasing costs and killing germs properly. In many cases, however, greener cleaning methods have proven just as effective as conventional methods; they’ve also been shown to incur a similar (or sometimes lower) cost than conventional cleaners.

• School districts and charter schools would have to adopt a green cleaning policy by Dec. 31, 2015, and use “environmentally sensitive” cleaning products.

• The state Department of Education and Arizona Department of Environmental Quality would establish guidance on what qualifies as acceptable cleaning supplies.

• School districts, community colleges, universities and state agencies would have to purchase at least 10 percent of their energy from “green sources.”