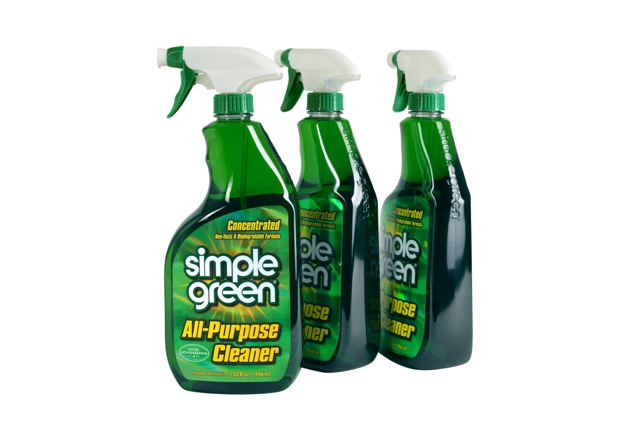 Simply brilliant. Developed in the 1970s out of a desire to make a cleaning formula that was safer for people and the planet, Simple Green is an effective product that has had serious staying power. Founder Bruce FaBrizio worked with his father to create the product and drive the company to success. Today, his company, Sunshine Makers, Inc., boasts global distribution of Simple Green and a roster of new products from green pet cleaning solutions to the Simple Green Naturals line. Here, we check in with this green cleaning veteran to learn more about Simple Green’s beginnings, its hard times, and FaBrizio’s path to success.

GreenCleaningMagazine: We love your company’s focus. What drove you to develop the original formula for Simple Green back in the 1970’s?

Bruce Fabrizio: My father was a chemical sales representative working in downtown Los Angeles when I was a young man. I used to help my Dad deliver chemicals during breaks between college semesters. Believe it or not, there used to be a very robust manufacturing base in LA back then.

One day, when I was at an account with my Dad, we saw a horrible accident at a plating plant, where a man fell into a vat of chemical used in the passivation of metals. We watched this man suffer a very painful death after he had been removed from the vat. It shook us both to the core and as we drove home, we discussed the idea of coming up with safer chemistry that would do the cleaning tasks that were then being done with really nasty stuff like trichloroethylene, MEK, benzene, toluene, etcetera.

Dad had connections to local chemists, and we started working with them to formulate our product. We went through many formulation processes, coloring each product a different color to do comparative testing. The best formula was the green one—and Simple Green was born. 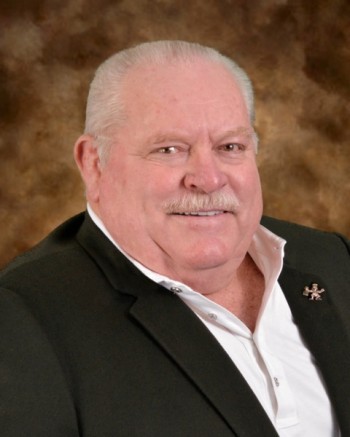 GCM: Is that the same formula used today in your products?

Folks started having success using Simple Green to break down petroleum contaminants in soil to provide a useable food source to indigenous bacteria that would then consume the petroleum without being killed by the Simple Green. This formula has been extremely successful in providing a safer means for cleaning—both in the home, the workplace, and in the world at large. In our company lifetime we have also developed other formulations to do those things that Simple Green All-Purpose can’t. In addition, just as science and technology have advanced, our original formula has advanced. The Simple Green of today is not 100% the same chemistry as the Simple Green of 1975. Today’s product meets today’s tough air-quality laws that are reshaping everything from paints to personal care items and cleaning products. I’m proud to say that our chemistry has only improved.

GCM: What are the key ingredients to that formula—are they safe and eco-friendly?

Bruce: The Simple Green formula has always met or exceeded the environmental, health and safety regulations of the countries where it is sold. If you look at our Material Safety Data Sheets, which are readily available on our web site (www.simplegreen.com) you will see the ingredients from which our products are made. We always seek to create formulations that are safe for our consumers and benign to the environment when used as instructed on the label. We have a strong R&D and Regulatory team that vets ingredients to be sure we are not only compliant with the law, but steering clear of chemicals of concern, as defined by the regulatory agencies in the countries where Simple Green products are sold.

For example, our recent release to market of Simple Green Laundry offers the consumer a laundry detergent that not only works and smells great, but has no test-detectable 1,4-dioxane. When we have the science in advance of putting a product to market, we always seek to use the safest chemistry that creates safer products for our customers.

GCM: What are Simple Green’s key safety and efficacy claims that have been proven?

Bruce: That is a great question. We have been applying the new FTC Green Guides to our products since it went into effect in late 2012. Our claim of a non-toxic formula is supported by the Office of Economic Development’s (OECD) calculation method for the classification and labeling of chemicals—correctly classifying the formula as orally non-toxic to humans and mammals, as well as passing rigorous laboratory testing of the formula to show that it is non-toxic to aquatic life, since it is highly likely that our formula will eventually pass through our sewage treatment facilities and end up in the ocean.

We also passed a standard OECD biodegradability test that was extended beyond the normal 28-day cutoff period to show that our formula reached 100% degradation within 56 days, which is accepted as “a reasonably short period of time” by those who use the FTC Green Guides as law. In addition, standard ASTM efficacy tests have been performed on our product both at concentrate and diluted levels to prove that it meets the cleaning claims we make for it. And all of this testing has been reviewed by a third party, UL-STR, for verification of its accuracy and the accuracy of our claims based upon it. You can see this at www.simplegreen.com/claims.

GCM: When did you launch the Naturals line and why did you add this line into your product mix?

Bruce: The Simple Green Naturals line debuted at Lowe’s Home Improvement stores in 2008 in response to growing consumer demand for household cleaning products made from naturally derived feedstock. The economic downturn has kind of wreaked havoc with the cost of the materials to make these products, our ability to sell them at a competitive cost, and the consumer’s ability to spend according to their greener conscience. We are still offering our Naturals products because we believe in them, but that marketplace has certainly contracted since 2008. 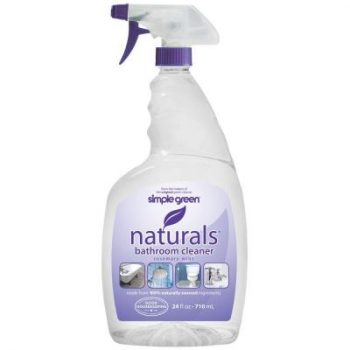 GCM: Why is creating safe and environmentally friendly products important to you?

GCM: Why did you create EGBAR?

Bruce: Growing a business is not easy, as many failed and successful entrepreneurs will tell you. During the early days of trying to build my company, through the death of my father and some other “growing pains,” I faced some very difficult times. At a particularly rough patch, when I thought I might have to close the doors, I decided to stay the course on a plan of action that others thought was folly.

When the crisis had passed, and my little company was still standing, I decided to form a non-profit foundation that would carry the torch of an attitude that I think is most beneficial in business and in life—Everything’s Gonna Be All Right. The EGBAR Foundation is supported by the success of Sunshine Makers, Inc., my company, and the success of our Simple Green brand. The foundation has had its hand in many activities over the years, all of which carry the seed of this idea that if you do something like help children learn about protecting the environment or help communities clean up their own backyard or provide funds to schools that desperately need them, then everything will be all right.

GCM: Beyond running a successful company, what are your favorite pastimes/hobbies?

Bruce: In my youth I was very much the athlete and played rugby, football, and handball, as well doing lots of boating and some skiing. I am still a big sports enthusiast but my hardcore playing days are behind me. Now, I sponsor the Simple Green US Open of Handball each year, and still take my boat out regularly. I’ve always loved Catalina Island and have supported the Catalina Conservancy over the years and their wonderful efforts to preserve the unique ecology of that island.

I’m also very keen on dogs and have always brought my successive Golden Retrievers to work with me through the years. My wife, Viviana, and I currently have seven dogs and I support her efforts in working with animal shelters to find homes for shelter dogs.

Finally, while I no longer ski there, I have a great love for Aspen, Colorado, and recently completed a project to bring my house there—and those of my neighbors—off of the coal-fired power grid and onto the hydroelectric power generated on my property.