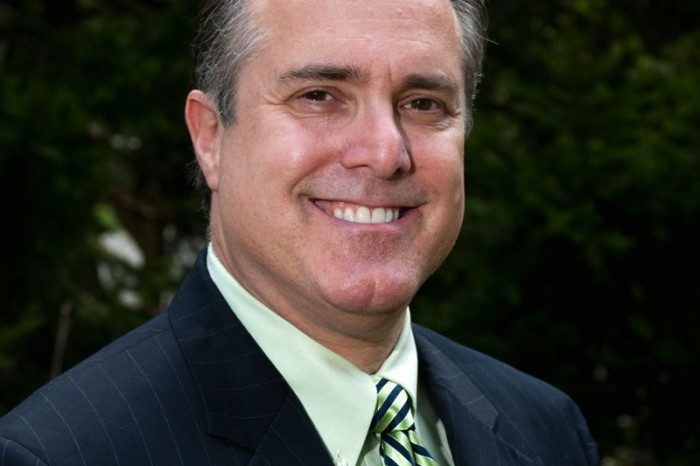 Often thought of as the father of Green Cleaning, Steve Ashkin has a dogged determination to create healthier, safer environments—via education and legislation. With deep roots in the business of cleaning and cleaning products, Steve is an entrepreneur, author, speaker and a leader of the green cleaning movement.

Currently he serves as President of The Ashkin Group, Executive Director of the Green Cleaning Network, co-founder of Green Cleaning University and CEO of Sustainability Dashboard Tools, LLC—all of which play important roles in his efforts to move the global cleaning industry from green to sustainable.

Here, we check in with Steve to learn more about his passion for green cleaning, major initiatives, and why cleaning green is so important for children today.

Green Cleaning Magazine: How did your passion for green cleaning initially develop?

Stephen Ashkin: My family owned a cleaning chemical manufacturing business in Indiana and I literally grew up in the industry sweeping the floor in the lab and screwing caps on bottles. After college, I did a church mission for 6 years which sensitized me to the real needs of working people, and after completing my mission went back to work in the family business.

In early 90s, I met Dr. Michael Berry who worked at EPA who wrote a book called Cleaning for Health, Protecting the Built Environment. When I saw Mike speak I was so inspired, as I got to know Mike and studied his work I started asking some very simple questions, such as ‘If this [cleaning for health] is so brilliant, then why doesn’t everyone do it?’

That has become my quest for the past 25 years—to understand how change really happens especially as it applies to protecting human health and the environment.

GCM: What is your professional background prior to launching The Ashkin Group?

Ashkin: After working in my family’s cleaning products manufacturing business I went to work for Rochester Midland Corporation (RMC), where I was responsible for their commercial cleaning chemical products. In 1990, RMC acquired a company marketing a line of products called Enviro Care and I immediately recognized that this was something very different. Not only did it resonate with my personal values (for protecting peoples health), but I saw this as a way to differentiate my company and grow sales—a real win-win.

After 10 years at RMC I went to work at Seventh Generation, the leading brand of “green” household products sold through the natural foods channel as their Director of Product Development. At Seventh Gen I was able to push the envelope on the development of “green” cleaning chemicals and janitorial paper products, and began working on product standards (i.e. Green Seal) which became a major interest of mine. For family reasons I moved back to Indiana in 2001 and started my own consulting company allowing me to totally focus on the “greening” of the cleaning industry.

GCM: What is your focus at The Ashkin Group?

Ashkin: In order to transform the marketplace and drive the Green Cleaning Movement we intentionally work with everyone involved with the selling and buying of cleaning products including major real estate owners, governments, schools and hospitals; as well as leading manufacturers of Green chemicals, paper, equipment, plastic liners, and other supplies. Plus we work with what I call the ‘influencers’ who don’t buy or sell products but rather influence what is bought and sold such as standard setters like Green Seal and EcoLogo, trade publications, trade associations, labor unions, environmental groups, children’s health advocates and more.

As the Green Cleaning Movement has matured we have begun focusing on international cleaning issues, as well as how to help cleaning companies in the US become more sustainable working on energy and water issues, supply chain issues, and ultimately how to move beyond green to a sustainable economy.

GCM: How have you helped pioneer change in the cleaning industry?

Ashkin: We have succeeded in fundamentally changing our industry—no longer is it just about price and performance. We are looking deeply at the health and environmental impact associated with these products in every category—chemicals, paper, plastic bags, supplies, and accessories—knowing we have choices. Some of the things we did to create this change include being founding members of the US Green Building Council where we were instrumental in writing the cleaning credits in LEED for Existing Buildings Rating System.

We also wrote the Healthy Schools Campaign’s Quick & Easy Guide to Green Cleaning in Schools, and worked with a number of others such as Practice Greenhealth to make it easier for them to promote Green Cleaning to their constituents (hospitals). Other efforts resulted in laws and purchasing policies on Green Cleaning in schools and public buildings in 22 states which solidified demand for manufacturers to make it easier for them to justify what was often a huge investment in research and development for their greener technologies.

We also worked with the standard setters such as Green Seal, EcoLogo and EPA’s Design for the Environment Program to create options for manufacturers and the competition between the standard setters themselves forced them to improve their standards and become more efficient (cost effective). And one of the most important efforts was building a healthy relationship with the media which helped educate the marketplace and trade associations—ISSA has become a big supporter of Green Cleaning who had the vision and courage to recognize that some, but not all of their members would be interested in Green Cleaning initiatives.

These and other efforts accelerated demand which in turn drove further innovation and we are all getting smarter and better and the innovation has just been amazing. This is one of the things of which I am most proud.

GCM: What work prompted your Excellence Award from the US Environmental Protection Agency?

Ashkin: The award came about because of the work we’d been doing for schools and children’s health protection. It was based on years of effort trying to highlight creating a healthy environment for all vulnerable people with children being among the most vulnerable.

GCM: Why is green cleaning so important for children today?

Ashkin: They are more vulnerable for a few very important reasons:
1. Children aren’t miniature adults. Pound for pound, they eat more food, drink more water, and breathe more air. Toxins in the air they breathe, the dust they ingest, they soils they touch and then place their fingers in their mouths can have short and long term impacts on their health and affect them their whole lives. And regrettably we are seeing a rise in childhood asthma and cancers that are environmentally influenced.

2. Children behave differently than adults. They roll around and play on the floor. They touch things and then put their hands in their mouths. Children can’t read the labels on bottles and can’t discern if something is a food package or cleaning package, so this puts them at a much greater risk for environmental hazards as compared with an adult.

3. Schools are very unusual environments. If you talk about occupant density—schools are packed a lot more densely than an office building. So the exposures from what’s going on indoors is much greater to children in a classroom as compared to adults at home or in an occupational setting.