What’s in Your Can? Who’s Using BPA 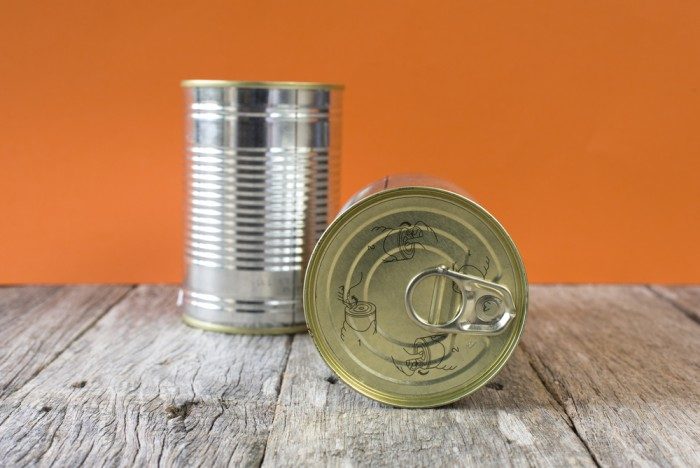 To BPA or not to BPA? That is clearly the question.

As consumers have become more aware of BPA (bisphenol A) as a health risk, some manufacturers have been removing this known hormone disruptor from their products.

In the canned food marketplace, BPA is still widely used as an epoxy resin to coat the lining of metal food cans, despite being known as a synthetic estrogen linked to breast and reproductive system cancer, infertility, developmental problems, diabetes, heart disease and other illness.

The Environmental Working Group (EWG) released a report in early June to provide public information on companies that do and don’t use BPA to line their metal cans; outline the concerns around labeling and similar chemicals that could replace BPA; and give helpful recommendations for consumers, policy-makers, and the industry. 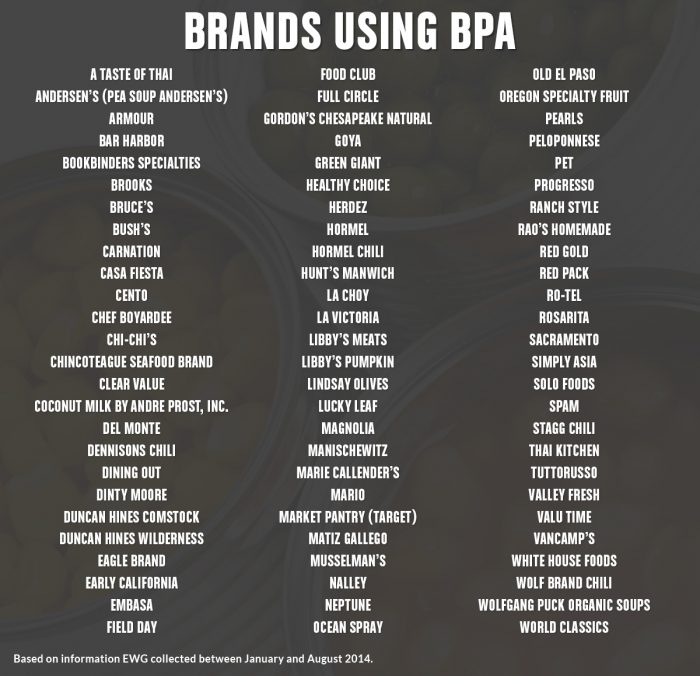 Due to lack of federal regulation, manufacturers are not required to label that BPA is in the lining. What’s more, EWG points out that lack of standard means even if companies label cans as “BPA-free”, they may still have some amount of the chemical in the lining.

“Companies that said they had eliminated BPA or were in the process of doing so did not disclose the substitutes they were using, an omission that had the effect of slowing scientific study of the possible hazards of these substitute materials. Only 13 brands volunteered even a vague description of the alternative can coatings they use,” states the report.

And without appropriate oversight, there is concern that BPA will be substituted with structurally similar or new chemicals that could be just as toxic or even worse. EWG found that other bisphenol-type chemicals have already been detected, including bisphenol A diglycidyl ether (BADGE), bisphenol F, bisphenol F diglycidyl ether (BFDGE) and bisphenol B. In a study quoted in the report, research found that out of food packaged in metal cans, glass jars and cardboard, canned foods had the highest concentrations of bisphenols, generally between 1 and 100 parts per billion.

With growing attention to BPA’s health hazards, thirteen states legislatures have enacted restrictions on BPA since 2009. But on a federal level, the Food and Drug Administration is ignoring mounting evidence that BPA is unsafe and continues to allow its use in consumer products.

EWG has launched a consumer petition in an effort to put pressure on the “worst players” to stop using BPA.

While EWG recommends that people limit or avoid eating canned food, EWG’s director of research, Renee Sharp, recognizes that “Many people on tight budgets or with little access to fresh food rely on canned food as a source of nutrients. That’s why we need to get this right. We need a clear national standard that limits the use of BPA in canned food and improves transparency so that people can know when and if they are ingesting this harmful chemical.”

EWG’s new report aims to provide this critical information so people can make informed decisions about what they put in their bodies. Read the “BPA in Canned Food” report, check out EWG’s Food Scores database to find BPA-free options, and sign the petition to take action for our health. 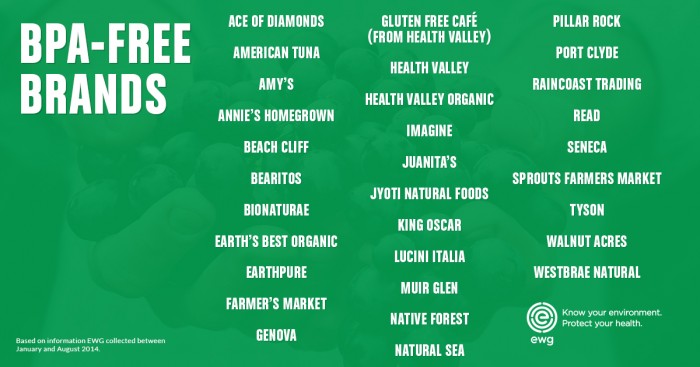