Your Moment of Zen: Clean & Organized 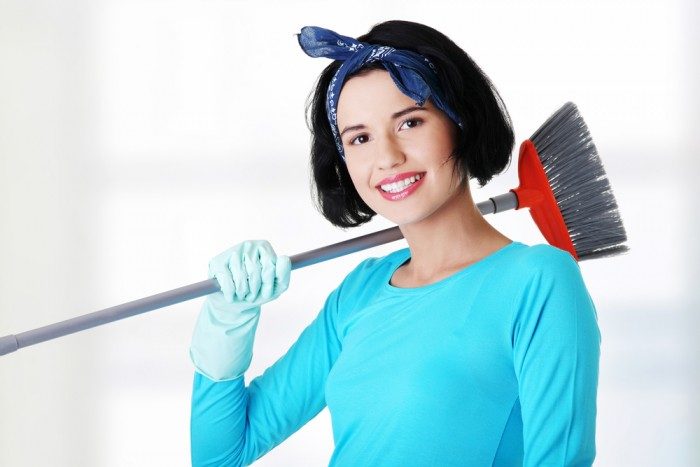 Are you clean and organized at home? If not, it might be worth a few hours of your time to put the onus on whipping your house into shape. Recent studies reveal that a house’s state of cleanliness and organization can greatly impact a woman’s stress level.

If you’re like me, you can see the dirt while it’s accumulating, spot the crumbs on the floor, and feel the angst when disorder persists. This disarray adds to the stress I experience with a full professional workload during the day. On the other hand, my husband lives in dirt and disorder oblivion. He’s tidy, mind you, but he thinks my cleanliness borders on the obsessive. Now, this new research-backed information gives me the ammunition I need to call in the cleaning cavalry when it’s needed—it’s a matter of mental health, for goodness sake.

A survey conducted by Maid Brigade, the leading maid service company, revealed that more than 78 percent of women feel they work a “second shift” when it comes to their daily life responsibilities. It’s no wonder—working women who have additional responsibilities such as children and home care (i.e. cleaning, organization, cooking) have stress on many levels. According to the American Psychological Association, almost half of all women (49 percent) surveyed say their stress levels have increased over the past five years.

But times have changed. In 1960, just 11 percent of women were “breadwinner moms”—those that are the sole or primary financial provider in their household. But in 2013, “breadwinner moms” were the sole or primary provider in 40 percent of households with children under the age of 18 in the United States, according to a study by the Pew Research Center.
Keen to learn more about this subject—or have an opinion on the matter? Please leave us a comment or fill out Maid Brigade’s new 2014 survey, which runs through February 27th and explores how a clean, organized home affects a woman’s well-being.