Is Your Shower Curtain Safe? 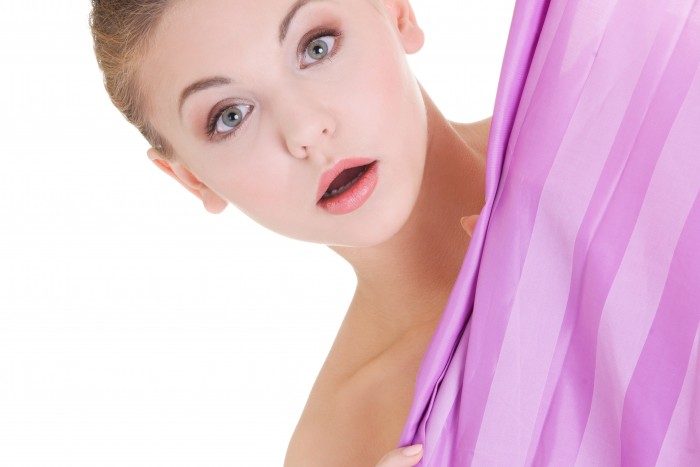 If you’ve got a shower curtain, you might want to consider if getting clean in your own home is safe—and green. “Most vinyl shower curtains are made out of polyvinyl chloride (PVC), which is often called the “poison plastic,'” says Alex Scranton, Director of Science & Research at Women’s Voices for the Earth, a nonprofit focused on getting the unhealthy toxins out of our environment.

“PVC needs a lot of chemical stabilizers and plasticizers to make it useful, including toxic chemicals like phthalates and heavy metals like lead and cadmium, which are linked to reproductive and developmental problems,” Scranton continues. “The production of PVC is also highly toxic for the communities that live close to the manufacturing plants.”

In fact, a recent study from CHEJ revealed that PVC shower curtains off-gas up to 108 volatile organic chemicals into our homes. “Some of them lingering for as long as 28 days after the shower curtain was unwrapped and hung in the bathroom,” says Scranton, who adds that these chemicals have been linked to developmental damage as well as damage to the liver, central nervous system, respiratory, and reproductive systems. VOCs can also cause cancer in animals.

Other highlights from the study include:

• 108 different VOCs were released into the air over the course of the study.

• The level of total VOCs measured was over 16 times greater than the recommended guidelines for air quality established by the U.S. Green Building Council.

• 7 of the chemicals released by the shower curtain are classified as hazardous air pollutants by the EPA.

• 2 of the chemicals detected—toluene and ethylbenzene—are on California Proposition 65 list, which prohibits companies doing business in California from exposing individuals to chemicals known to cause cancer and reproductive toxicity without first giving clear and reasonable warning.

Is there a healthier option?

Fabric shower curtains, crafted of materials like cotton, polyester, rayon, or nylon, are the clean and green choice for your shower. These materials function well and they don’t off-gas concerning phthalates or heavy metals. Bonus: Fabric shower curtains are effective at holding back the shower’s spray—and they can be tossed in the washing machine every couple of months so they stay clean and fresh.