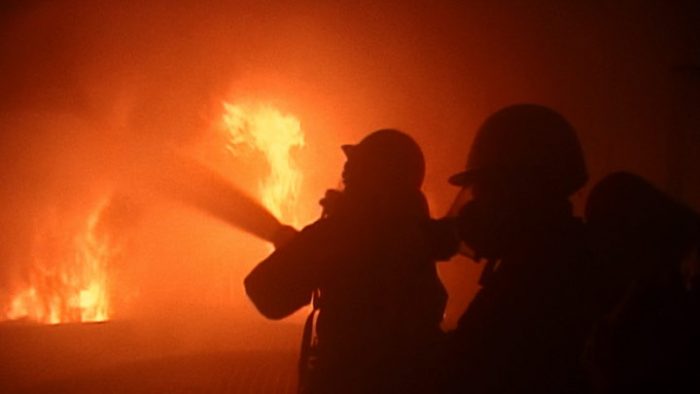 It’s an eye-opening story about a growing tide of activists, journalists, and citizen groups that are bringing an end to the era of misinformation (and, in some cases, manipulation) about hidden toxic chemicals.

Debuted this week on HBO and airing Wednesday, November 27th at 10am EST (and available on HBOGO), the documentary Toxic Hot Seat brings the health and safety issues involved with the chemical flame retardants—prevalent in our homes—into focus.

This inspiring film shows the struggle to remove toxic flame retardant chemicals from our couches, our environment, and our bodies. Why? Because exposure these toxic chemicals has been linked to lower IQ in children, thyroid disease, infertility, cancer and other concerning health effects.

Here, we check in with Toxic Hot Seat’s film’s co-directors, James Redford and Kirby Walker, to learn more about the surprises, frustrations, and triumphs they uncovered while filming this must-see flick.

GreenCleaningMagazine.com: Thank you for making such a profound and timely documentary. What inspired you personally to go down this path?

James Redford: There are 64 thousand unregulated chemicals used in consumer products. We are going to look back some day and wonder how this same species that put man not he moon could be this stupid.

Kirby Walker: I first heard about this issue from NRDC and Dr. Sarah Janssen and realized that these toxic chemicals were not effective, and were actually linked with serious health concerns. I felt that the public deserved to know about this so we could demand reform.

GCM: In a sentence or two, can you explain what the problem is with flame retardants that are prevalent in our lives?

Redford: The chemicals—organohalogens—are easily absorbed into our bodies, where they act like hormones. They tell our cells to do things that they shouldn’t do.

Walker: These chemicals are linked to rare cancers in our firefighters and women firefighters in San Francisco have a 6 times higher rate of breast cancer in the 40-50 year range than the general population in the city. Flame retardants are thought to be endocrine disruptors, and are linked to thyroid problems and even lower IQ and autism.

GCM: What is the most shocking thing you discovered while making the film?

Redford: The tobacco industry knew for years that they could make a fire safe cigarette, but they didn’t want to chance a loss in profit. So they said “Hey! I know! let’s fireproof our environment instead!” Such charming folks….

Walker: The cover-up and manipulation used by the chemical companies to distort science, and confuse the public. I had never heard of fake AstroTurf “citizens groups” prior to discovering Citizens for Fire Safety.

GCM: What is the most inspiring thing you discovered while making the film?

Redford: That a few good journalists, politicians, and citizens can still save the day against BIG INDUSTRY agendas.

Walker: That citizens, politicians, mothers, journalists can and do make a difference. I am very hopeful that when people learn about this issue, things will change. We need reform of the Toxic Substances Control Act, there are over 80,000 chemicals in commerce that are not tested adequately for safety and that needs to change. As citizens and consumers we can not be expected to be chemists when we purchase products for our home.

GCM: Do you think the stage is set for change with this problem? Why? And, how will that change transpire?

Redford: In 2014, California will begin making non-toxic furniture for the first time in 37 years. It is important to note, however, that flame retardants have not been banned: the consumer will merely have a choice. If we can call attention tot hat choice, I’m certain that people will buy non-toxic couches and the furniture makers swill respond by making more of it.

Walker: California has already changed the regulation TB 117 that required these chemicals in our polyurethane foam, and starting January 2014 consumers will be able to purchase furniture that is non-toxic. That is great news not just for Californians but for everyone throughout the country.

GCM: How do you feel after making this film? Discouraged, inspired, hopeful, or all of the above?

Redford: Being discouraged is a luxury that none of us can afford. It’s also depressing as hell. I’m going with hope.

Walker: I am an optimist and I feel hopeful and inspired and I also know we have a fight ahead of us and we can’t be complacent. I am inspired by the determination of my fellow citizens to stand up and fight for what is right. People just need the information and that is what we tried to share.