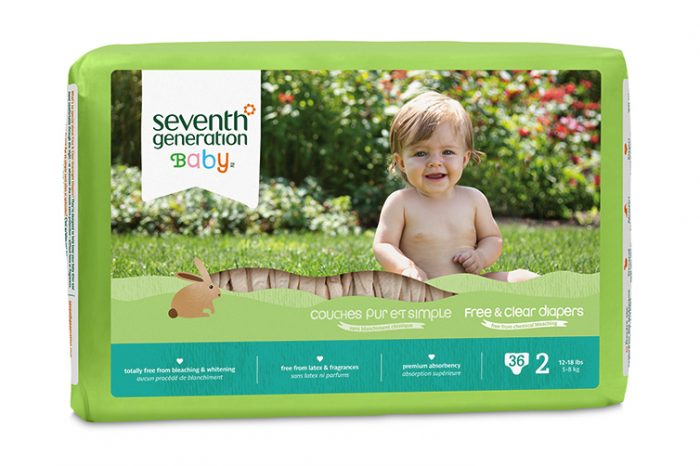 Got baby? Whether you’re a brand new parent or a veteran caregiver with a two-year-old in tow, you may be wondering if there could possibly be a safe and eco-friendly diaper that truly works.

Which is exactly why we chose to share this Seventh Generation Free and Clear diapers review. As the mother of a now four-year-old who was potty trained at three, I have been through my fair share of diapers. As a journalist and editor, it was in my DNA to research my best options—and test run them all.

We considered cloth diapers—for about a day. Research shows that while using cloth diapers definitely saves space in landfills, it also greatly increases water and energy use from all the necessary washing.

After finding Seventh Generation’s Free and Clear diapers, I knew it would be a match made in heaven if they truly worked. Why? For starters, these unique diapers  are the first FSC® Certified Diaper made in North America. Even more importantly, Seventh Generation diapers are free of chlorine processing (thus, their earthy brown color), fragrances, inks, and petroleum-based lotions. Unlike other diaper makers, Seventh Generation does not use whiteners like hydrogen peroxide for the diaper core.

And, while Seventh Generation has always used sustainable pulp to make its diapers, the company recently raised the bar by introducing the first FSC-Certified diaper (made from wood from responsibly managed forests).

Obviously, Seventh Generation’s Free and Clear diapers have real eco credibility, but do they really work? Green goodness aside, I wouldn’t have used these diapers if they didn’t work. And work they did—we tried many diapers in the beginning, but after settling on Seventh Generation we truly used no other diaper for our daughter’s entire three years in them.

This diaper delivers a snug, flexible fit that is comfortable (we received few wearer complaints) and highly effective—we never had a diaper blowout, even under extreme conditions. It can hold a heavy load and keep on going.

My only flag would be to say that this diaper is not as soft and cozy as most conventional diapers on the market (obtained, in part, with the bleaching and chemicals used in their conventional process). It has a more natural feel, which our daughter never complained about but I did worry in the beginning that it may not be soft enough on her infant skin. Once you get past this idea, you’ll undoubtedly find that, like us, Seventh Generation’s Free and Clear diapers will be your go-to, high-performance diaper that also boasts a stellar eco conscience. 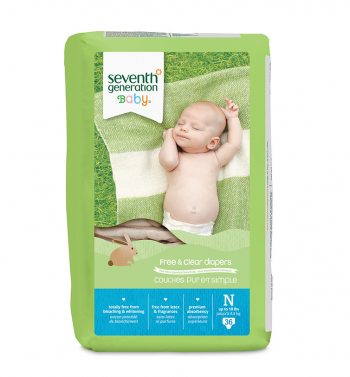